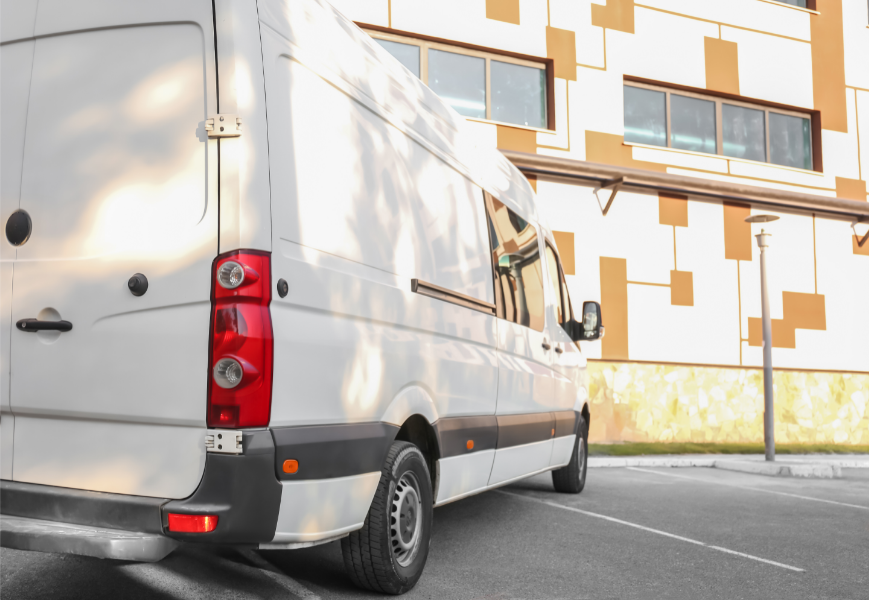 Interested in stealth camping? We go through all the particulars of what makes a stealth camper van stealthy and extra tips.

If you hear the phrase “stealth camper van,” you might be a little confused. You might wonder, wait, what is a stealth van? After all, a van is probably among the least stealthy vehicles you can think of.

But in this case, the “stealth” in “stealth camper van” is all about hiding in plain sight. These vans trick bystanders into believing they’re just another empty vehicle parked on the street.

What is a Stealth Camper?

A stealth camper van is basically a camper that’s designed to look like any other cargo or work van. This makes it easier to camp almost anywhere, even places that might not welcome a normal camper van – like the city streets.

A stealth camper van is usually going to be a cargo van conversion of some kind. And it’s easy to see why; when you look at a Class C or a Class A RV, well, there’s no blending in there.

But with a van conversion, it’s super easy to blend in. Nobody will suspect that in fact, there are people living inside.

In order to have a proper stealth van, keeping it plain on the outside is key. A plain white paint job is ideal. You’ll want to avoid things like bike racks or roof racks, which a normal cargo van wouldn’t have.

Some people also take the extra step of putting things like clipboards or safety vests in the front seat. This helps create the illusion that this is just somebody’s work van.

Some vans are also just inherently stealthier than others.

If you have an iconic Vanagon, most people are going to know it’s a camper van. And because they’ve become so popular, even Mercedes Sprinter conversions can come under suspicion. On the other hand, less common vans like the Nissan NV are much less likely to be suspected.

Why Build a Stealth Camper Van?

So, if you’re building your own camper van, why would you want it to be a stealth camper van?

The main reason is that building a stealth camper van greatly increases your options for where to stay the night. Especially in urban areas, there will be few to no designated spots you can camp for the night. And, many places have rules against sleeping in a vehicle in public places. A stealth camper van lets you circumvent these restrictions and stay the night almost anywhere you can park a car.

Another benefit of stealth camping is that it’s free. That means you can save money instead of paying for a night at an RV park or campground.

Of course, there’s more to the stealth van life than just building a stealth camper van conversion. Let’s look at how to get the most out of stealth camping.

How to Stealth Camp

Even the stealthiest camper van can still be discovered if you’re not careful. That’s why you should follow a few guidelines to avoid detection while you’re stealth van living.

The first tip is to keep people from being able to see inside your van.

That means having good curtains over your windows that completely block the outside view. Darkly tinted windows will help a lot with this too. You should keep your windows and doors closed as well.

You can also put a sunshade in the windshield to keep anyone from seeing inside through there. Curtains between the cabin and your living space add another layer of privacy.

You’ll want to minimize light getting out of your van. This is a big giveaway that your cargo van is actually a camper van. Your curtains will help with this, but dimmer lights are also a good idea. Smart LED lighting is a cheap way to go about this.

One of the most common recommendations is to get there late and leave early. If you arrive later at night and leave early in the morning, you’ll avoid the times that people are the most active. Plus, the less time you spend in your stealth camping spot, the less likely you are to get discovered.

In fact, you should never spend multiple days in a single stealth camping spot. Mix things up every day to avoid raising any suspicion.

You should also keep things quiet and keep movement to a minimum. If people hear loud noises from your van or see it rocking with movement, they’ll know it’s actually a camper van.

Have a Plan B

In addition, be aware of the area you’re parked in. Make sure you’re not blocking traffic or any driveways.

Make sure you know the way out and that you won’t get trapped by a gate or anything else. There is always a chance you’ll have to leave in a hurry or get the dreaded knock on the door.

Where to Stealth Camp

When you’re picking a spot for your stealth camper van, some spots will be better than others.

Parks and residential areas are a great choice. Many parks allow for overnight parking – you might not even be the only one parked there.

Parking on the street in residential areas is a great way to blend in. It’s common for cars to park there overnight, so your van shouldn’t seem out of place.

City street parking can also be an option. However, in some cases, you’ll have to pay to park on a city street.

Parking lots are also a great option. It’s well known that places like Walmart allow you to stay the night in their parking lot. But parking lots of grocery stores, hotels, and other locations can also be an option. As long as you don’t see a “no overnight parking” sign, you’re probably good to go.

However, not all parking lots are a good choice. For example, many malls will have overnight security. If they see you trying to camp, they’ll ask you to leave.

You should also avoid parking near daycares and schools. Your van might be considered suspicious and you’ll likely be asked to leave.

Stealth camping is a great way to get the most out of van life. With a stealth camper van, no matter where you go, you’ll have a place to stay.

Do you have any stealth camping tips? Share them in the comments.