One of the best parts of doing a DIY van build is having the opportunity to do whatever you want with it. You’re not buying a prebuilt camper – you’re converting it to look and be uniquely yours. You have the ultimate freedom to choose how to go forward with your conversion, and nothing you do can be considered “wrong” since it’s just your own way.

However, that also makes it hard to decide on one build idea and stick with it. There are so many creative ideas out there that it can be hard to settle on one for your own build. When I first built out my Nissan NV 2500 for van life, I was very confident about the build choices that I made.

After a few months on the road, I realized there were a few things I actually didn’t like about it! Here are 3 things that I’d change about my DIY van build layout.

I originally went with a stationary bed because I liked the look of it and wanted a lot of storage space. However, I quickly realized that it seemed to come with a few issues.

The stationary bed took up a lot of living space and made my van feel cramped, especially since my van is on the shorter side. I only had about 25 square feet of walking space. Plus I shared the space with my significant other.

We often felt like we were on top of one another, which inevitably caused some tension. It was worse when we were in city areas and didn’t have access to campsites where we could set up outside.

I originally didn’t want a convertible bed layout because I didn’t like the thought of having to convert my bed. However, I realized the extra space would be completely worth it for me. It would give me a lot more walking and living room and make the space feel bigger. If I got rid of what I didn’t need, bench storage wouldn’t be an issue. Alternatively, a rooftop cargo carrier could be used for storage.

2. The number of windows

Before I started van life on the road, I thought that limited windows would help keep my van private.

Because I knew I would be traveling to new places and sleeping in some sketchy parking lots, I wanted to avoid windows as a safety precaution. So, I only installed one sliding window in my van conversion on the side door.

I quickly changed my mind about this decision. Van windows are extremely easy to cover up with window covers or curtains that can give a great sense of privacy. I encountered tons of vans with a handful of windows that were covered to the point where I couldn’t even tell that anyone was inside!

More windows can open up the space and even add to the design and look of a van build. That being said, it can be a delicate balance between privacy, adequate light, and keeping the van cool in hot temperatures. Adding some windows to my DIY van build would be worth it for me.

Currently, I have a foot-pump-style sink system in my van that pulls from a 6-gallon water tank under my counter. This has helped me conserve my water a lot and works well with my van’s limited solar power. However, it also means that I have to find dumping stations very often to dump my gray water and fill up on freshwater.

While the act of dumping 6 gallons really isn’t a huge chore, it still adds to my laundry list of things that take time out of my day. A lot of dumping stations also charge for usage. It’s unfortunate to have to pay full price to only dump a few gallons.

The water system can also limit the amount of time that I spend off-grid. I’d likely run out of water or need to dump my gray water after a pretty short period of time.

Some things are better learned by experience and my van build was like that for me!

If I were to do my DIY van build over again, these are the first 3 things that I would change. A bench-to-bed arrangement and more windows would really open up and lighten the space, making my interior feel less cramped and more comfortable. Larger water tanks would allow me a little more freedom to camp off-grid for longer and help me save a few bucks on dumping stations in the long run.

We all have our personal preferences and needs. The issues that I had with my DIY build might not be an issue to others. When planning your own van build, it’s important to think of your specific needs and what would work best for you.

And remember, it is your build – if you don’t like something, you can always change it!

Interested in doing your own van conversion but don’t know where to start? Check out Van Life Academy! This step-by-step course takes you from dreaming about van life to becoming a van lifer. 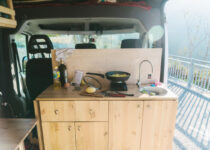 Want water in your van build? Check out this camper van DIY sink and water system guide to help plan your water system. 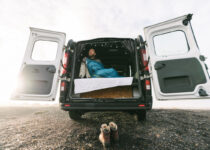 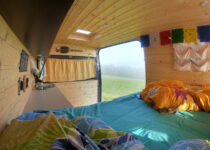 There are lots of ways to create a comfortable and functional camper van interior. You can improve your storage and add decorations as well. 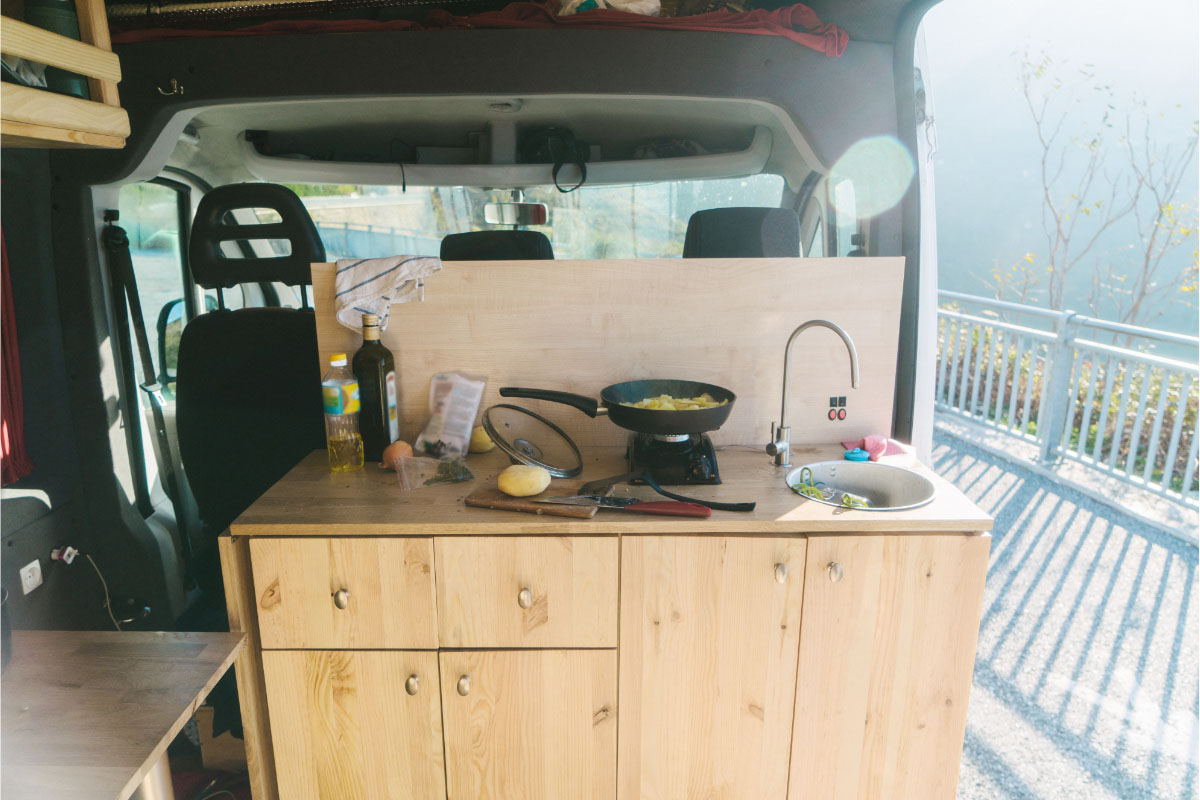 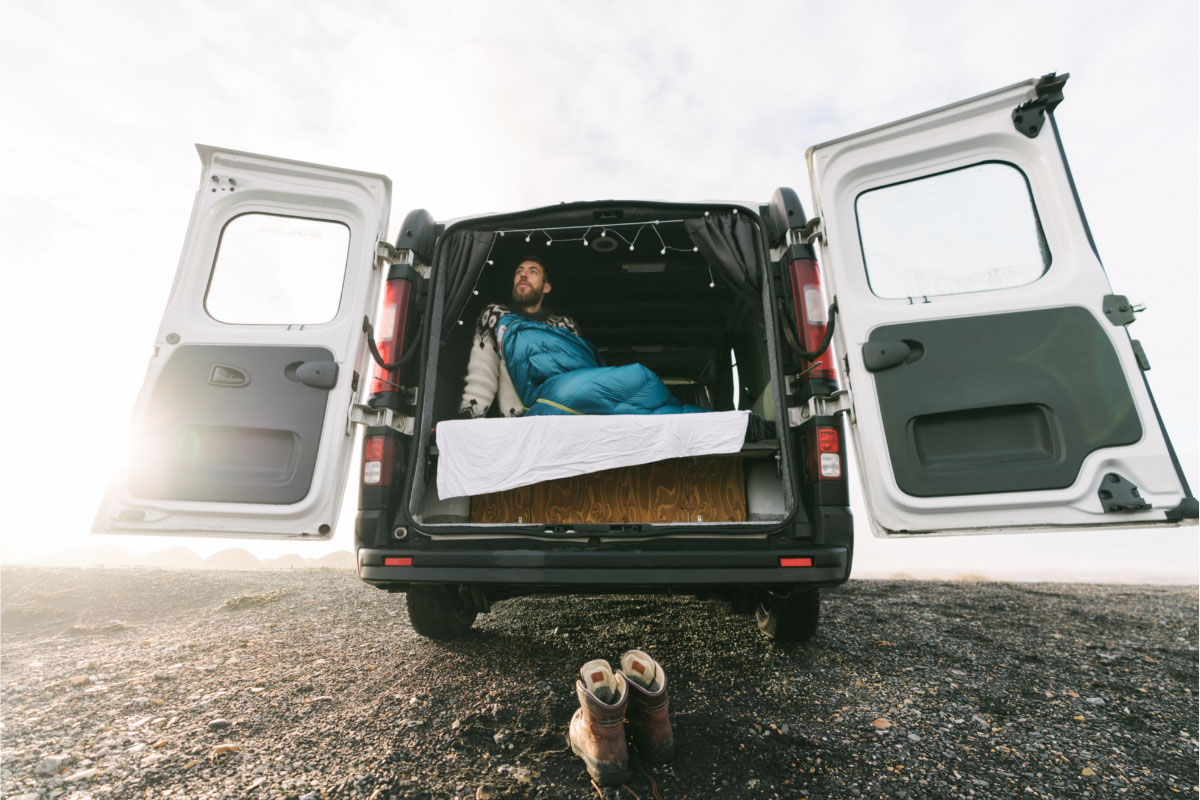 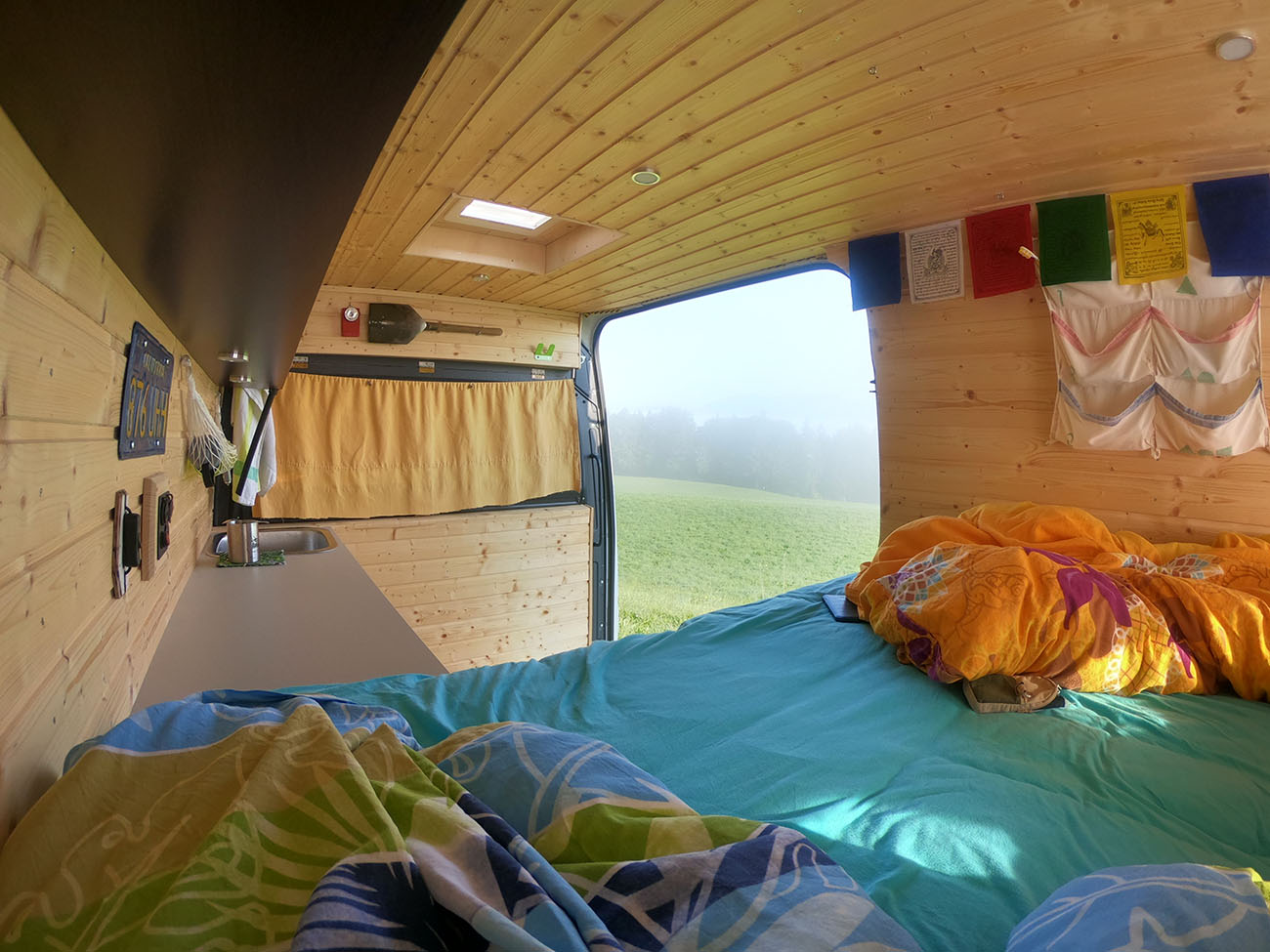 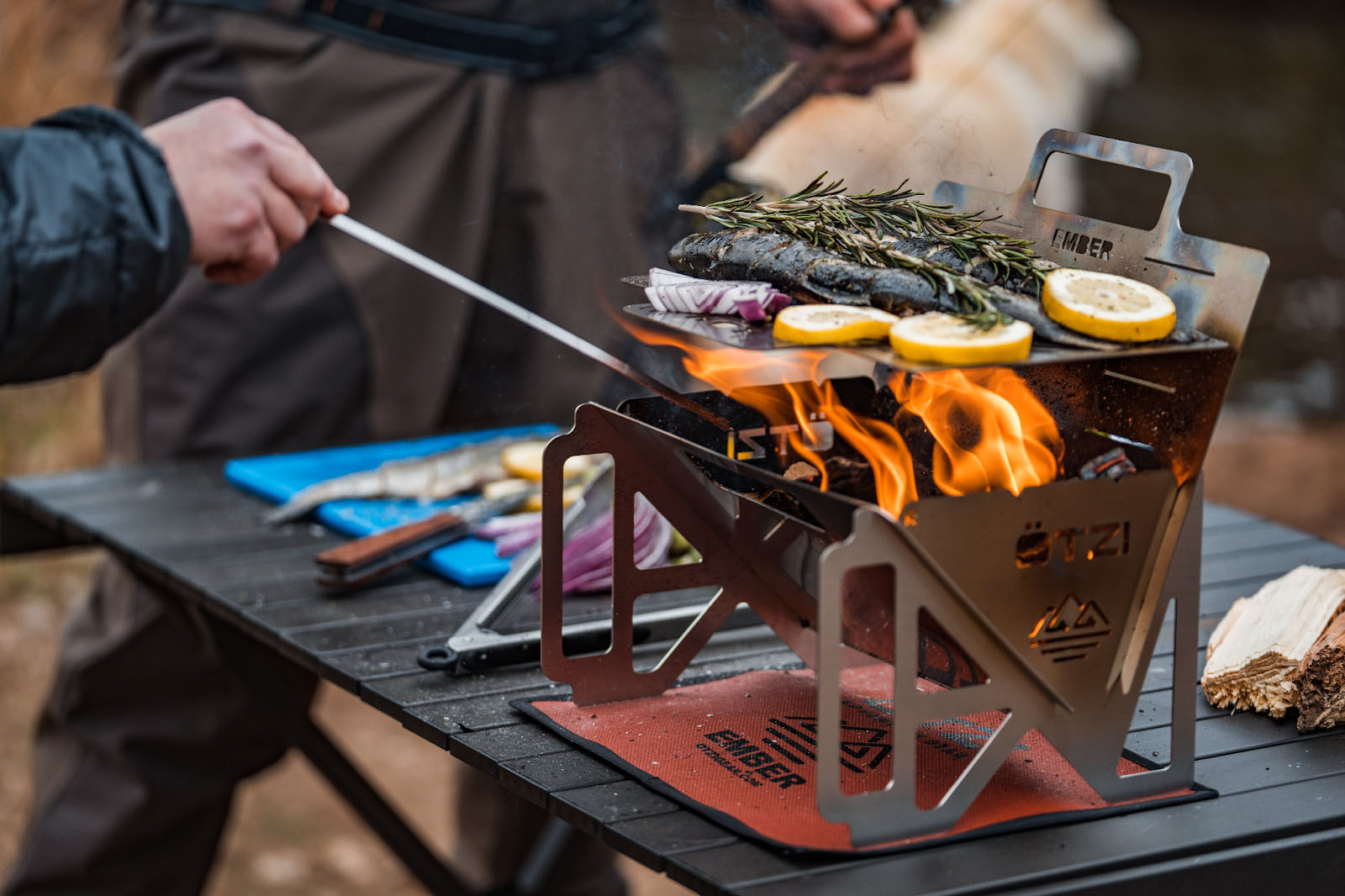 Review: Save Space With This Versatile RV Grill